Studies show that New Zealand propolis is so much stronger because of the unique trees and plants that are found only in New Zealand's wilderness as a result of New Zealand's remote isolation from the rest of the world over many millions of years.

Most recent scientific trials are proving the complex natural compounds in New Zealand propolis can safely and effectively inhibit the growth mechanisms of many types of PAK dependant cancers and neurofibromatosis tumours.

Bee propolis has been used around the world for many centuries for a wide range of infections including sore throats (Stretococcus Pyogenes), ulcers, wounds, burns, sinus infections. Importantly, unlike synthetic antibiotics, infecting micro organisms do not develop resistance to bee propolis.

Historical data and modern science has proved that propolis can alleviate cold, flu, cough and other symptoms of upper respiratory tract infection. Propolis is nature’s gift of antibiotic and antioxidant to mankind.

Thanks to our Heavenly Father, New Zealand’s geological position enables its flora and fauna to grow in an environment that is far from global pollutants and nuclear contaminants. If you wish to find out more about our natural bee propolis manufacturer in new zealand, feel free to contact us at reachus@mybeepropolis.com. 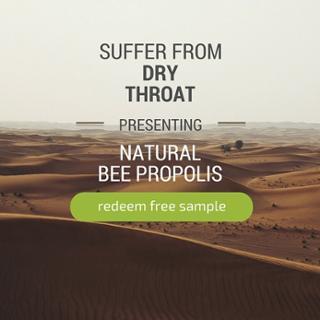 Again, bee propolis is a perfect gift for you and your loved ones